When I was in grammar school, it seemed like every week there was some school function that needed the help of volunteers.  As student volunteers, we would meet at the school’s gymnasium and be divided up into work teams.  There was an adult who supervised the work, and building a team was part of their responsibility.  One time, at the beginning of the school year, I was standing with a group of about ten other boys waiting to be assigned to a  team.  A man who, worked in our neighborhood as a construction worker, was told to pick a team from the group of boys.  Usually when this happened, the largest boys were chosen first.  Back then, I tended to be one of the smallest in the group, so I assumed I would be one of the last boys picked. This man had a different approach.  He asked all the boys to show him our hands.  Needless to say a confused look spread across the group, but we showed him our hands as he instructed.  After inspecting our hands he picked two of us to join his team.  I was one of the two he choose.

The work for that morning involved assembling and setting up tables and chairs.  There wasn’t a lot of heavy lifting, but there was a lot of work to be done.  The man who supervised us worked alongside us the entire time.  He had a great sense of humor, so even though we worked hard, we had a fun time.  When we were finishing up, I asked him why he checked our hands before he choose us.  He asked me to show him my hands again.  I did, and he ran his index finger across my palms, and asked, “What do you call these on your palms?”

“That’s right, and that’s why I choose you.  Of all the boys standing out there, you two were the only ones with calluses on your hands.  You only get those from hard work.  When I’m picking a team, I like to see evidence that whoever I pick is willing to work hard, because I knew that was what the job would require.  I’m not sure how the rest of those boys spent their summer vacation, but I’m pretty sure both of you were hard at work.”

He asked me how I spent my summer vacation.  As it turns out, my friends and I built a fort.  It was not just a few pieces of wood nailed together.  It was a full fledged project.  We scouted and dug out a fort site, hauled brick and lumber, sawed and nailed together the frame, laid brick for the floor and shingles for the roof, and even ran electrical into it for lighting.  He was impressed.  It was hard work, but it felt more like we were just having fun.  He knew what he needed in a team member and more importantly, how to quickly identify it.

Too often we default to questionable ways to choose members for our team.  We either let someone else choose our team members or they get randomly assigned.  Teams assembled by the “who’s ever available” method are at risk for a mismatch between what skills and attitude the team leader needs, with that of the purpose of the team.  Being a leader who knows how to identify the skills and attitude needed from potential team members, is one of the best things you can do for the rest of your team. 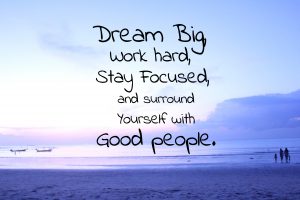