Physician Champion By Any Other Name

Have you ever noticed that physicians tend go quiet when there is a call for a “physician champion”?  You may be thinking it is because they are not interested in the issue you’re discussing or they are too busy to get involved.  While this may be true, it may also be because they secretly despise being labeled a “physician champion”.  We do not speak about this in public, but it is on the mind of many physicians who have been asked  to become a champion for one hospital cause or another.  It doesn’t make sense.  Who wouldn’t want to be called a champion?  Champions are highly respected in our society, so why do physicians feel this way about being called a “physician champion”?

The problem is one of perception.  That is, how does one appear in the eyes of one’s peers?  Physician champions are usually called for at the request of the hospital administration.  As such, physicians who respond to such calls are seen as working for the administration.  There is nothing wrong with that, as long as it is perceived as a worthy cause such as fund raising for pediatric cancer treatments or collecting food for the homeless.  Too often when the call goes out for a “physician champion”, it is not always for such noble causes.  As the economic pressures on hospitals increase, more and more the call for a “physician champion” is for utilization and cost savings causes.  Approaching the medical staff through a “physician champion” is seen as the best way to influence behavior.  Very often, medical staff are skeptical of this veiled attempt at change management.  “Physician champions” are seen as tools of the administration and therefore tend to lose the trust of their colleagues.  The interesting part is it doesn’t need to be this way.

There is a belief that physicians are resistant to change, and will do so begrudgingly, and only at the request of another physician.  It is not true.  If you think of all the changes that have occurred in healthcare in just the last 30 years, then you would see that physicians are much more change hardy then they are perceived.  Physicians have changed over this time period because it was the right thing to do for their patients, and not because someone labeled a “physician champion” asked them to do it.  There is no doubt that physician leadership is needed in times of great change in healthcare.  If you really want physician behavior to change, then there are three things you must do.  First, link that change to improved patient outcomes.  Second, involve them in the change process.  And third, don’t ask for a “physician champion”.  If the cause is worthy, then physician leadership will emerge and the change will be adopted much faster with more effective results. 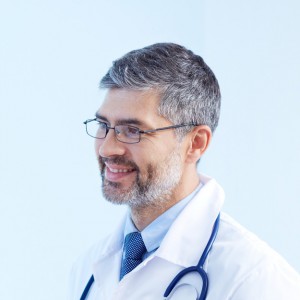