Reprocessing: When the Conventional Wisdom is Wrong

It was a packed house.  The room was filled with leaders from the operating rooms from across the system.  Surgeons, Anesthesiologists and Operating Room Nursing Directors were all there to hear the great debate.  The rate of adoption of reprocessed “single use devices” was accelerating across the system and we were, once and for all, going to settle the argument in favor of, or opposed to reprocessed medical devices.  The reprocessing industry brought in their best hired gun for a presentation.  The Surgeons opposed to reprocessed devices outnumbered those in favor by a wide margin.  Moderating the event was none other than yours truly.  Get ready to rumble!  Not really.

More smoke than fire.  Despite much heated discussion, nothing was settled that evening.  Later, after some calm was restored in the room, one of our Department Chairs made a comment and asked me a simple question.  He said, “Most of the Surgeons support the conventional wisdom that reprocessed devices (RP) perform more poorly compared to original equipment manufacturer (OEM) devices. We’re a big healthcare system and we collect a lot of data; isn’t there some way we could test whether this is true?”  That simple question led me on a path of discovery that I never anticipated; especially since I believed I already knew the answer.

Working with Supply Chain Services, we began pulling data.  We wanted to know what the defect rate of  RP energy devices was compared to OEM energy devices and the answer changed my beliefs on this topic.  It ultimately led to an oral presentation at the 2014 annual Southwestern Surgical Congress meeting and publication in the December 2015 Journal of Medical Devices.  What we discovered is that OEM energy devices fail at a rate 4.9 times greater than RP devices.  As it turns out, it is related to how the device is tested before shipping.  The OEM devices are batch tested which means that only a fraction of the devices are tested before a Surgeon attempts to use it.  RP devices are all tested prior to shipping.  Despite the methodological differences both are accepted methods of testing in the industry.  Over the last two decades the OEM vendors have invested heavily in marketing campaigns against reprocessing.  Conventional wisdom in this case was the result of marketing and not real world data measuring defect rates with the devices.  Just when you think you know all the answers, along comes a good question to nudge you in the right direction.  Let’s hope we use data to help resolve the latest issue regarding reprocessing and endoscopes. 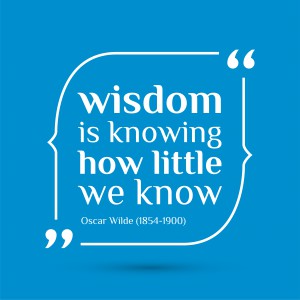